Authors: Prof. Dr.-Ing. Dipl.-Wirt.Ing. Wolfgang Tillmann, Dipl.-Ing. Weifeng Luo, Dr.-Ing. Jan Nebel
The tribological properties of thermally sprayed coats are highly dependent on the utilised spraying processes, parameters and the feedstock material. In addition to the chemical composition of the feedstock, the wear resistance as well as the friction behavior is essentially influenced by the grain size of hard phases and carbide reinforcements. In this research paper, three FTC-FeCSiMn flux-cored wires with different carbide feedstock sizes were investigated in the arc spraying process. The wear and friction behaviour was determined in the pin-on-disc wear test. The wear phenomena were characterised with the aid of a 3D profilometer and in the scanning electron microscope. In this respect, more homogenous coats as well as lower wear and friction coefficients were proven with finer hard carbide grain sizes. Furthermore, a rolling process for surface post-treatment was considered as an economically viable alternative to conventional grinding processes. In comprehensive tests it was observed that less surface friction could be obtained for each rolled and ground surfaces by employing fine carbide sizes in the cored wire feedstock.
Pages: 56 - 63 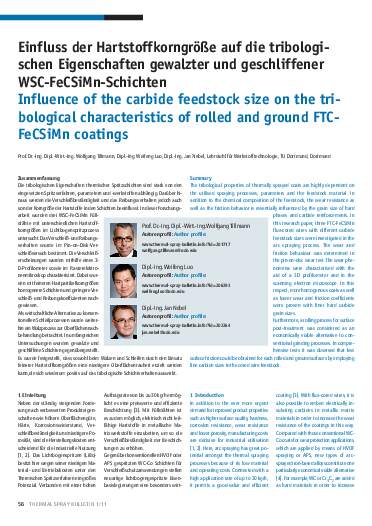 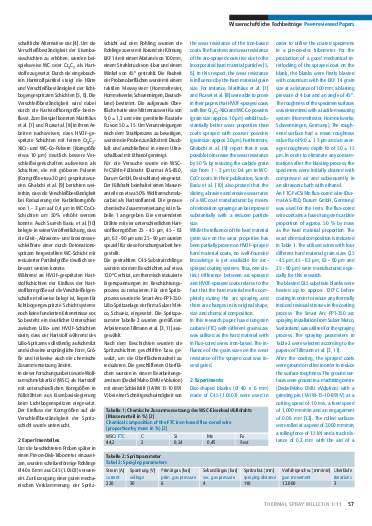 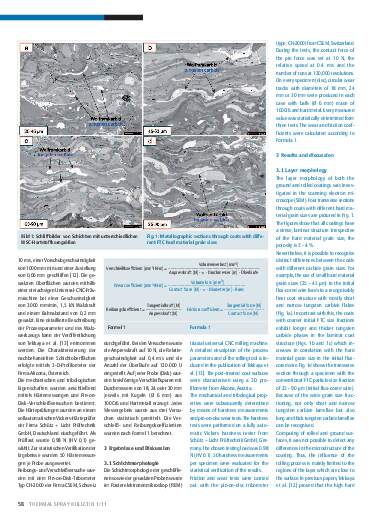 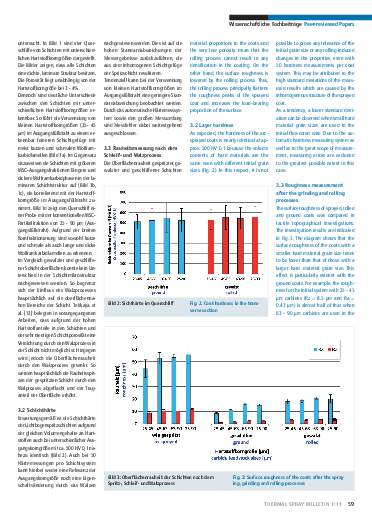 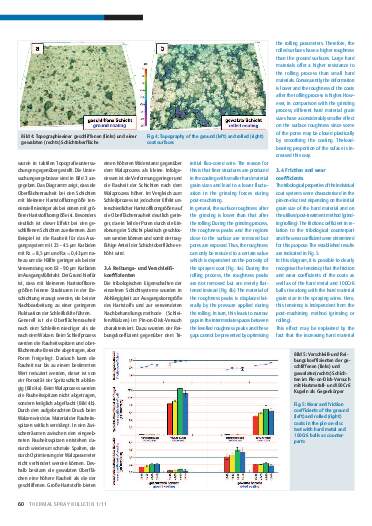 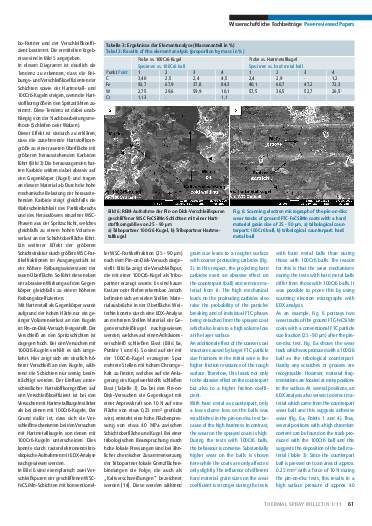 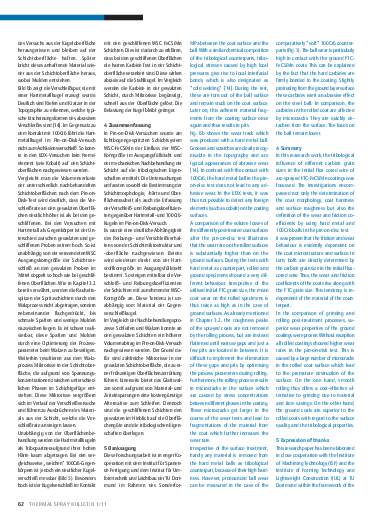 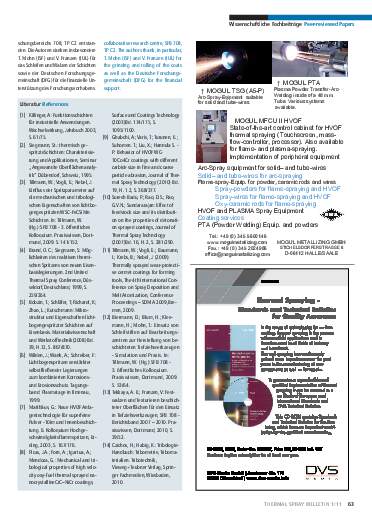