Because of the repeatedly established substantial variations in the results of adhesive tensile strength investigations which had been conducted according to DIN EN 582, the applicability of this standard was investigated under the overall responsibility of the Institute for Surface Technology (IOT) at RWTH Aachen, Aachen, and of the Fraunhofer Institute for Fabrication Technology and Applied Materials Research (IFAM), Bremen. For this purpose, several companies and institutions participating in the project firstly used the Failure Mode and Effect Analysis (FMEA) method in order to conduct investigations into the application of the standard. In this respect, it emerged that there are distinct differences during the execution of the adhesive tensile strength investigation and that the standard permits a very great deal of room to manoeuvre with regard to the individual work steps or does not stipulate these at all. The FMEA results form the basis for the development of a work procedure specification which provides a detailed breakdown of the execution of the adhesive tensile strength investigation and specifies individual steps in more concrete terms than they have been stipulated in the standard until now. In two round-robin tests, it was subsequently possible to prove the positive influence of the developed work procedure specification. Its application led to a substantially smaller variation in the investigation results. The round-robin tests were performed with the coat system consisting of ZrO2-Y2O3 on 1.0037 or 1.4305. Two one-component epoxy adhesives as well as one epoxy-polyamide adhesive film were used in this case.
Pages: 30 - 35 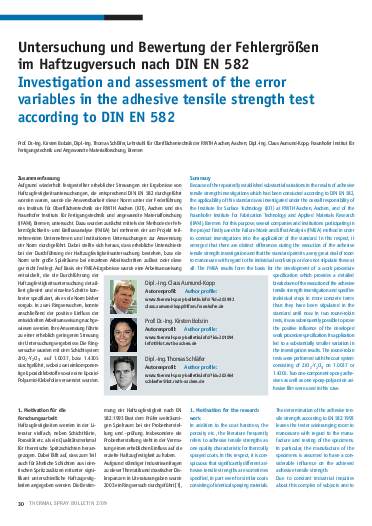 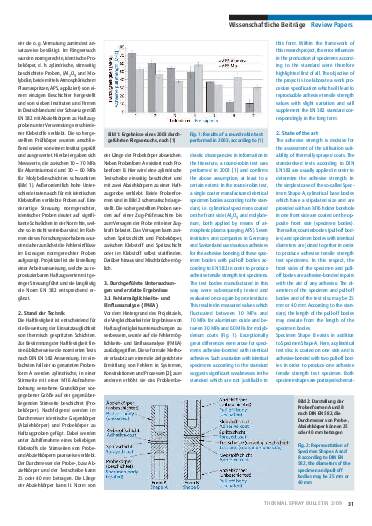 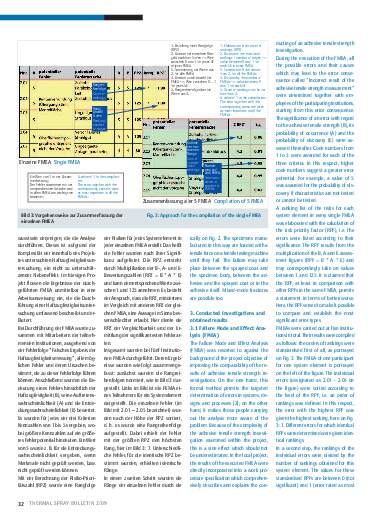 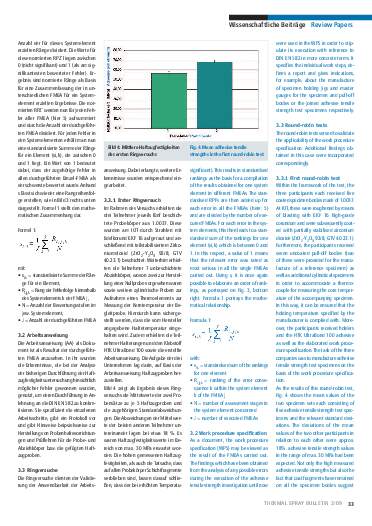 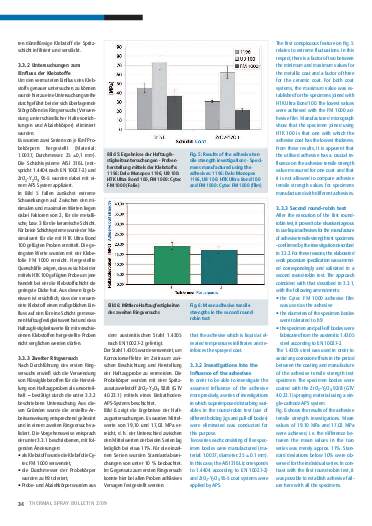 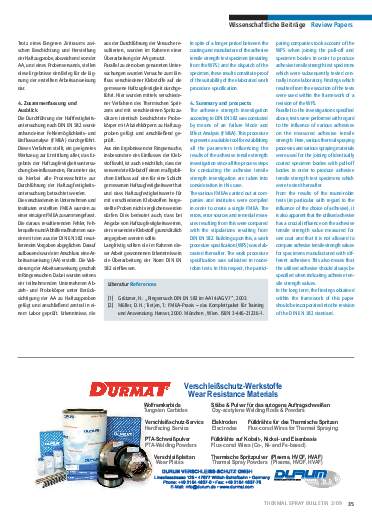