Authors: Dr.-Ing. Lutz-Michael Berger, Dipl.-Ing. Carl Christoph Stahr, Dr. Filofteia-Laura Toma, Dipl.-Min. Sabine Saaro, Dr. habil. Mathias Herrmann, David Deska, Dipl.-Min. Sven Thiele, Dipl.-Ing. (FH) Grit Michael
In the present work, the preparation and corrosion resistance of APS- and HVOFsprayed oxide ceramic coatings in acids and bases as well as in hydrothermal conditions were systematically investigated. Apart from the commonly used oxides Al2O3, Cr2O3, and TiOx, different compositions and compounds in the Al2O3–TiO2 and Al2O3–Cr2O3 binary systems were used. Alternative oxide ceramic coating materials such as ZrSiO4, CaZrO3, and mullite were additionally investigated to determine their suitability for use in corrosive conditions. The corrosion resistance of the coatings was compared with that of sintered ceramics. The microstructures and phase compositions of both coatings and ceramics were characterized. The corrosion resistance of the coatings and their sintered counterparts prepared for comparison purposes was determined in a base (1N NaOH) and an acid (1N H2SO4) in a temperature range up to 85°C as well as in hydrothermal conditions up to 200°C. The results show the significant influence of the microstructure and the phase composition on the corrosion resistance of the various coatings. Of the coatings investigated in this work, the APS- and the HVOF-sprayed TiOx coatings exhibited the best corrosion resistance in all media. Similarly good values were obtained for the Cr2O3 coatings prepared with both spray methods. Comparison of sealed and unsealed Al2O3 and Al2O3–TiO2 coatings showed that sealing of the specimen surface does not lead to a significant improvement in the corrosion resistance at 85°C in NaOH or in H2SO4. The corrosion resistance of the sintered ceramic bodies was higher than that of the thermally sprayed coatings. This was due less to the porosity than to the presence of amorphous or metastable phases. This especially influenced the corrosion properties of the Al2O3-based coatings.
Pages: 40 - 56 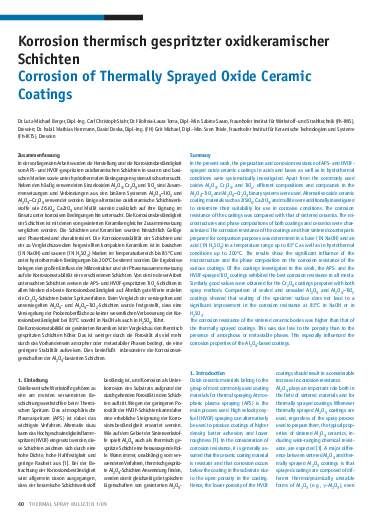 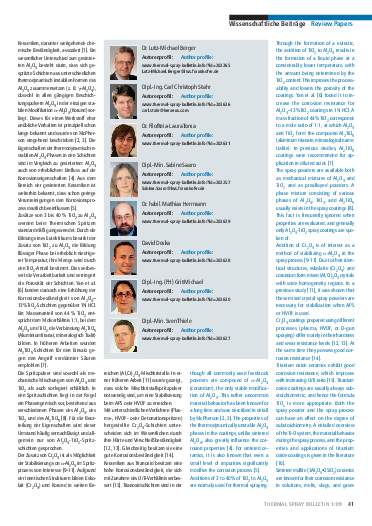 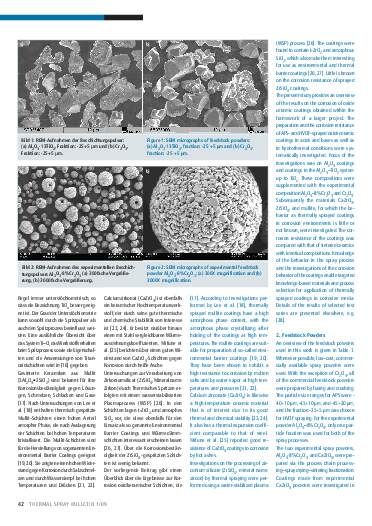 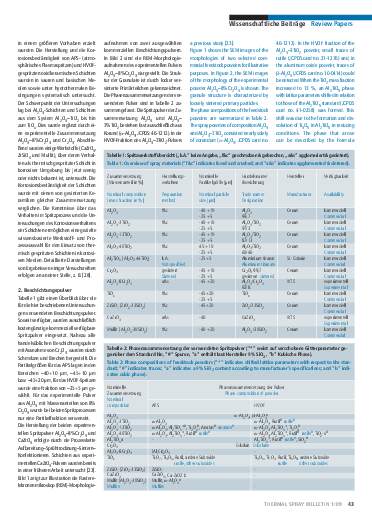 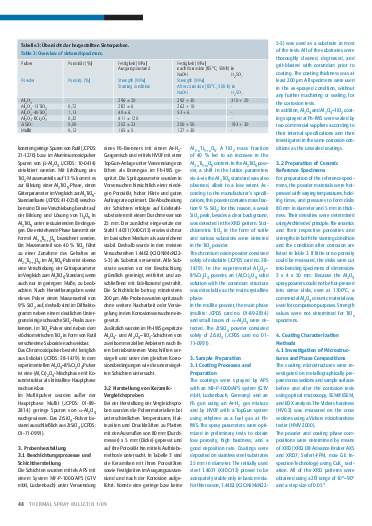 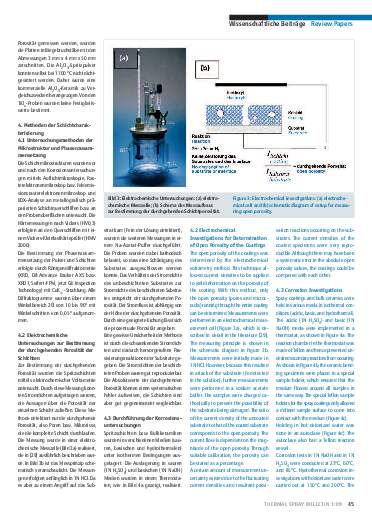 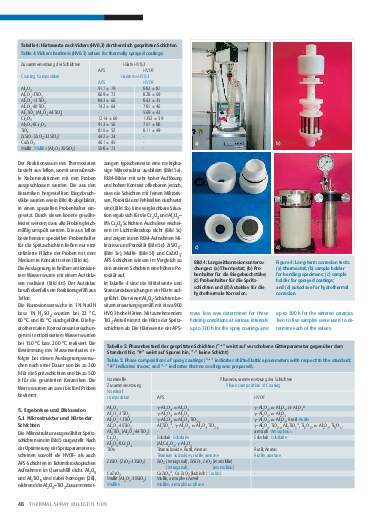 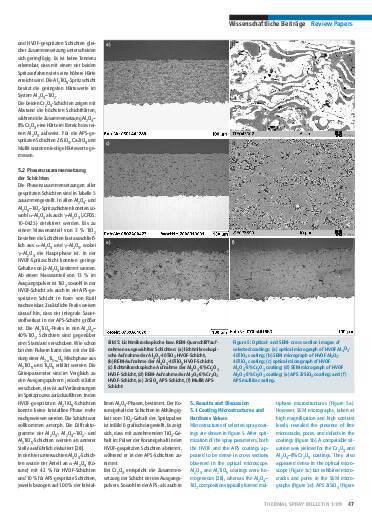 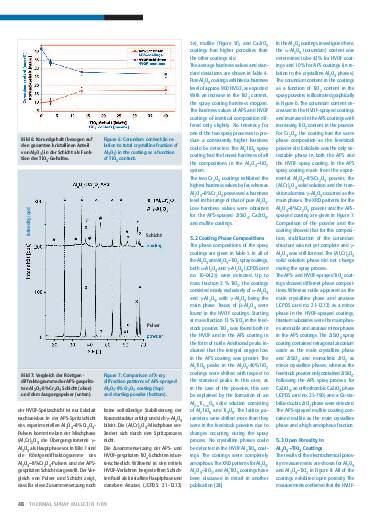 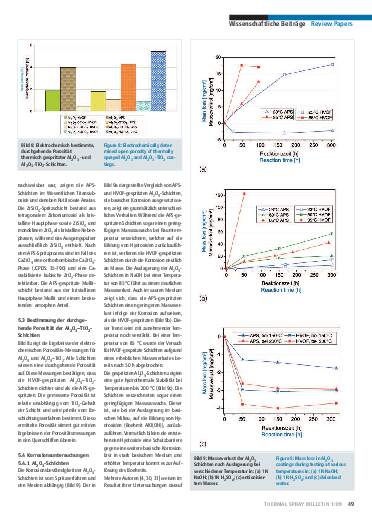 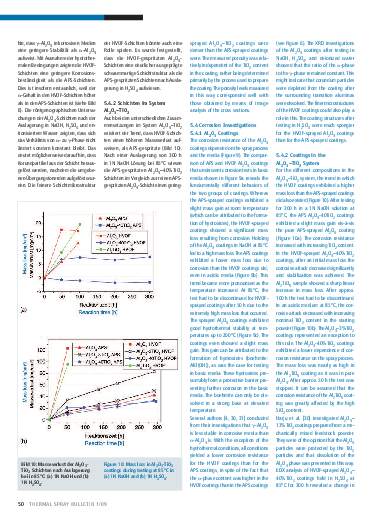 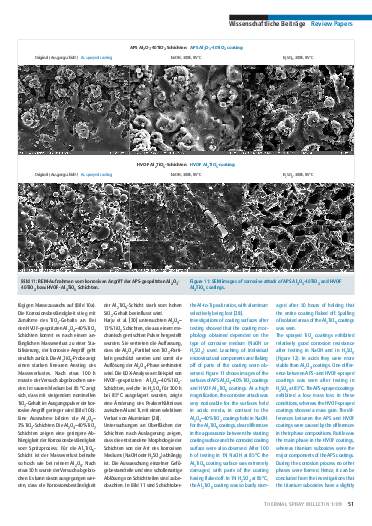 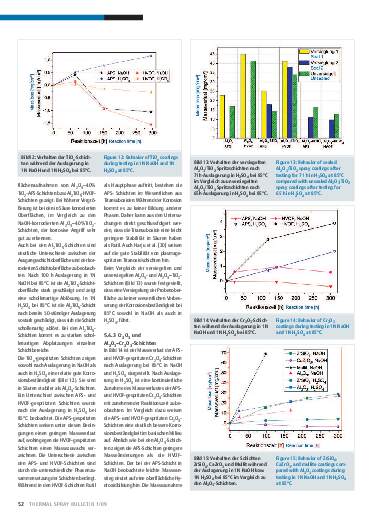 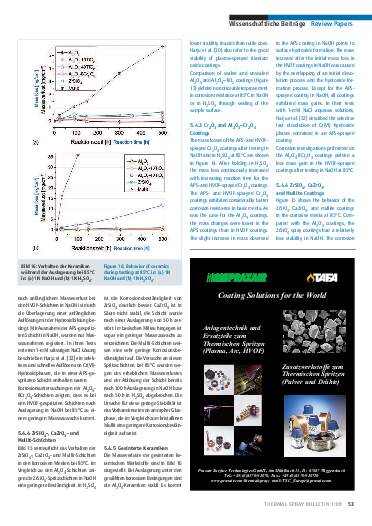 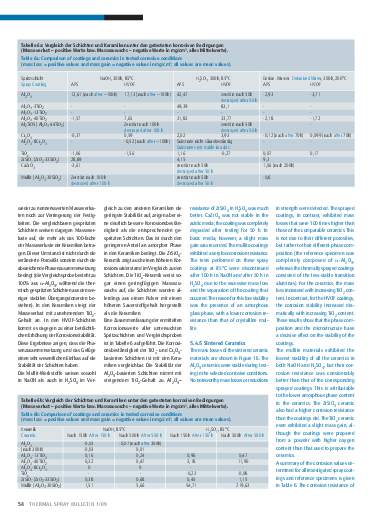 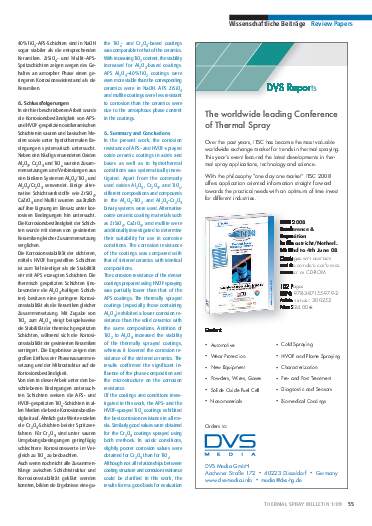 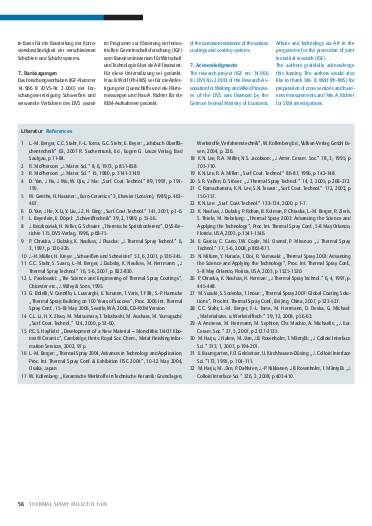