Authors: Prof. Dr.-Ing. Kirsten Bobzin, M. Sc. Wolfgang Wietheger, M. Sc. Hendrik Heinemann, M. Sc. Ilkin Alkhasli
Modelling thermal spraying makes it possible to gain an understanding of ongoing processes that can only be determined experimentally with great difficulty or not at all. For example, without simulation it is hardly possible to investigate the effect of changed particle geometries on the trajectory and thus on the melting and acceleration behaviour. This work develops a methodology to derive effective drag coefficients for given particle geometry by simulating the flow around the particle. The coefficients are derived for a spherical and for an agglomerated particle and compared to the commonly used empirical drag coefficient relation. All three drag coefficients are then applied in an established free jet simulation in order to investigate the influence of the particle geometry on the particle velocity. Furthermore, the effect on the particle temperatures is investigated showing that the calculated effective drag coefficients have significant influence on the resulting particle velocities and temperatures in the free jet.
Pages: 40 - 45 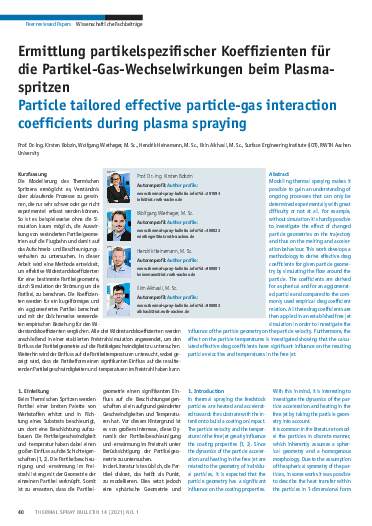 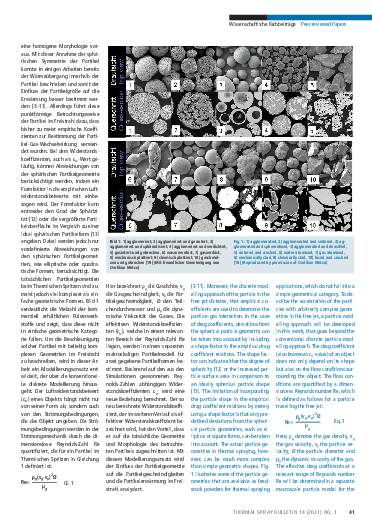 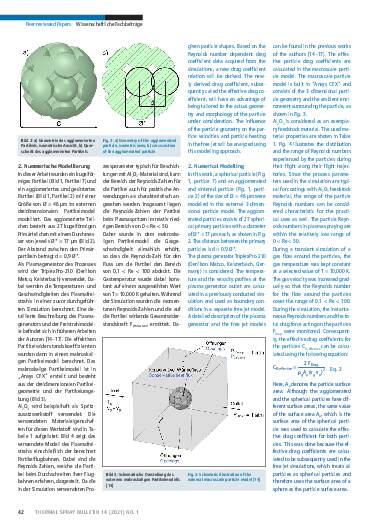 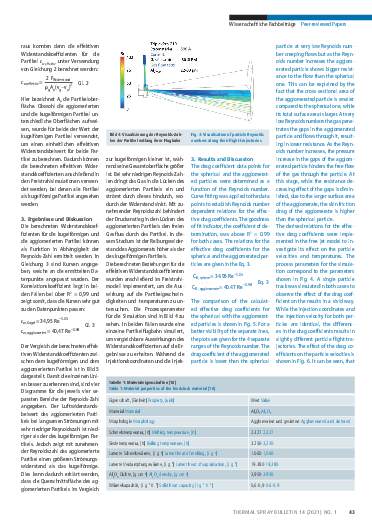 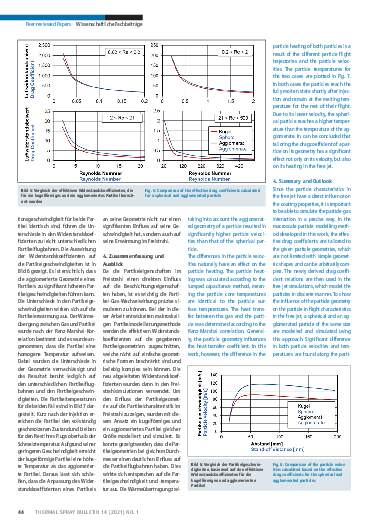 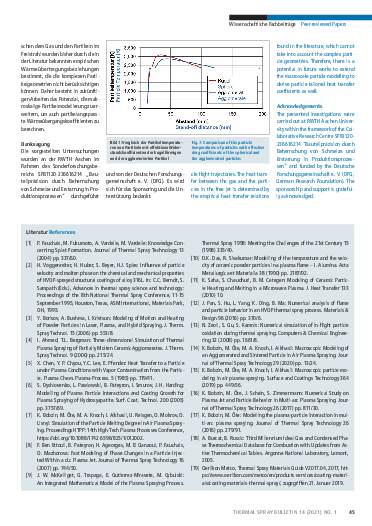